It’s Sunday afternoon in a sleepy town in the Rio Grande Valley. By all accounts, it is a day like any other day. Quiet and somewhat removed from today’s advancing world, this place is the essence of anachronistic. Humid memories linger in the air and hopes of a better life line the weed-cracked sidewalks and narrow unpaved roads. Unused train tracks sit forgotten, overtaken by grass and brush. Dented signs, rusted by harsh years, stand on the corners forever offering direction. A dilapidated and empty corridor of houses tilts to stare at the ground as a teenage-painted water tower bows before the sky in the distance. Fresh yet dusty-faced children, invigorated by the freedom of the weekend, play a game of tag next to a field. Only a solitary fly appreciates their presence. A single engine plane flies over this nearly invisible spot of the world. As its relaxing buzz floats away, the machinery passes over a small house at the end of the street. Outwardly, there are no signs that anything is amiss here. If only reality were as simple as a game of tag.

Inside the house, a petite Hispanic woman lies supine and blood-soaked on the floor of her living room. As she glances around, perception skewed by position, she is filled with regret. A sudden realization that she might die flashes into her brain like a searing lightning strike. The sound of a clock echoes in her skull, an audible reminder that our time on earth is perilously finite. She has called an ambulance, but cannot shake the feeling of impending doom. Her heart pounds with the ritual, rhythmic dance of the second hand. As she listens to her time tick away, she recounts the events of the past 36 hours. It’s Saturday morning. The woman, driven by fear and desperation, has found herself at a flea market with a very specific goal in mind. She is not there for home furnishings, produce, or crafts. She watches families bustle about in slow motion around her. A child’s laughter in the distance becomes a mocking song. As she turns her intended purchase over and over in her trembling hands, she wonders if she can really go through with this. It has to be dangerous. What if it doesn’t work? Surely there must be an easier way. Then she remembers her fiancé, his mercurial anger, and his escalating threats. A bolt of fear shoots through her, and she knows in that moment that she has no choice. She pays the elderly vendor. Her money is heavy in her hands, and she does not know if she can lift them. A knowing look of sadness passes between the two women alongside this seemingly innocuous exchange of goods.

She has just purchased twenty-four tablets of Mifepristone. When she arrives home, she will take all of them. Mifepristone, also known as RU-486 and a component of the “abortion pill”, is an anti-progesterone agent that also possesses anti-glucocorticoid properties (Vallerand, Sanoski, & Deglin 2013). Physiologically, this drug induces endometrial bleeding and, if taken in excess, has the potential to alter levels of hormones essential for regulation of metabolism. This unfortunate woman is now suffering excessive bleeding and vital dysregulation. What will happen to her? In this situation, it is difficult to know. Perhaps she will be transported to a medical facility in a timely manner and receive necessary blood transfusions. Then, if she is lucky, she will only have the emotional scars from this traumatic event to contend with. Perhaps a more sinister possibility: that her time runs faster than the paramedics. This will be her last memory. 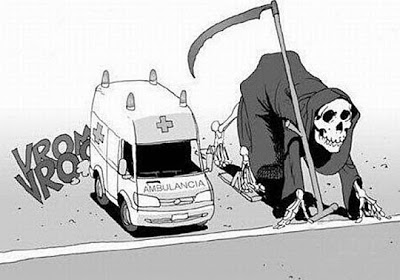 As morbid as this conceptualization might seem, it is nowhere close to far-fetched. It is, however distressing, one of the less horrifying accounts of what women will resort to in the absence of sufficient access to reproductive services. These kinds of desperate acts were fairly commonplace at one point in America’s history, and were a driving force behind the monumental Roe vs. Wade decision. The court’s opinion, authored by Justice Harry Blackmun, invalidated a Texas statute that made administering an abortion a felony in most cases. In his statement, Blackmun asserted that the detriment the State would impose upon the pregnant woman by denying this choice was altogether apparent (Roe, 1973). In the years prior to Roe vs. Wade, illegal and potentially unsafe abortions were a dire public health problem (Calderone 1958). Research compiled by the Guttmacher Institute, a non-profit organization concerned with advancing reproductive and public health, supports this. In 1930, abortion was listed as the cause of death in nearly 2,700 cases. This accounted for a staggering 17% of all maternal deaths that year. This mortality rate declined slowly over time, likely as a result of advancement in antibiotic therapy, but the percentage of deaths remained largely unchanged. In 1965, 18% of maternal deaths were attributed to consequences resulting from illegal abortions (Valenti 2013). These are only reported numbers; it is likely that the actual number is much higher.

While this is a part of America’s past, recent legislation passed in Texas threatens to again make this flawed and dangerous status quo a frightening reality. The culmination of a progressive assault on reproductive health, HB 2 bans all abortions after 20 weeks, even in the case of rape or incest. Abortion clinics must now meet the same standards as ambulatory surgery centers. The physicians performing these procedures must have admitting privileges at a hospital within 30 miles of the clinic (Sweany 2014). All over the state, clinics unable to meet these stringent and arguably punitive requirements have begun to close. Despite vehement protest, the status quo in Texas closely resembles the sociopolitical culture before Roe. This will only intensify as time passes (Feldt 2013). Women in this state, particularly the young and the poor, are now faced with the very real consequences of society’s failure to learn from its mistakes.

The woman’s story referenced herein may have been fictionalized in the name of anonymity, but its roots lie in poignant truth. The fact that a box of flea-market abortifacients has been someone’s reality is altogether unacceptable. If the past is any indication, this is only one example of the horrific consequences that will come to pass as a result of this legislation. It is debatable whether this is a result of malignant ignorance or willful marginalization, but that question deserves its own thesis and will not be examined here. For the sake of succinct and fair argumentation, a candid dissection of the rhetorical and ethical implications of the status quo will focus solely on the legislation as it is presented. At this time, such an examination is of critical importance, and will expose this bill for what it is: a poorly constructed policy that infringes on women’s autonomy, causes undue harm, and sets the stage for far-reaching societal stagnation.

Stay tuned. My next post will dissect the rhetoric of the bill, and why it is flawed. You cannot argue with academics and data.

Feldt, G. (2013). Crow after Roe: How Separate but Equal has Become the New Standard in Women’s Health and how we Can Change That. Brooklyn, NY: IG Publishing, Inc.